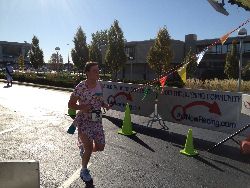 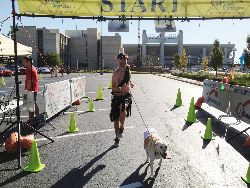 Springfield, MO - The 1st Annual MSU ADA Toga 5K was held Saturday, September 22, 2012 on the MSU Campus, benefiting the American Diabetes Association.  Participants ran all over the MSU Campus, some in Togas, in support of the American Diabetes Association.  After the 5K event, participants headed over to the tailgate party at Bearfest Village for food, beverages, games, and much more.  It was Military appreciation day at the MSU Bears football game, at Bearfest Village there was a military helicopter and jeep on display for kids and adults to explore.  Also, several military units were there grilling hot dogs and hamburgers free of charge!!  Bearfest ended at the start of the MSU football game, Bears vs. Southern Illinois.  Although the Bears played a good game, they were defeated 14-6 by Southern Illinois.

Thank you to all the volunteers, sponsors and participants for helping to support such a great cause!!

Please join us at our next race The Nut Run, Saturday, September 29, 2012 in Stockton, MO.  Following the Nut Run 5K, 10K and 1 Mile Fun Run, is the 52nd Annual Stockton Black Walnut Festival.