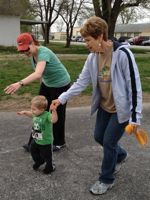 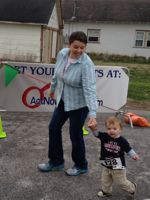 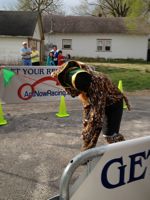 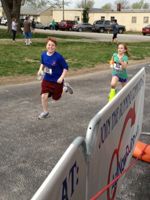 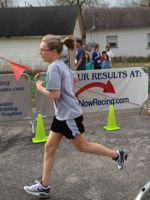 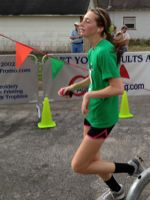 Marshfield, MO - The Marshfield Optimist Club 4th Annual Shamrock Shuffle 5K Run/Walk and Little Lad & Lassie Race was a record turnout with over 200 participants!! The little lad's led the pack setting two Missouri State records. 11 year old, Cameron Mansker from Ozark, with a time of 19:24 earned the Male Overall award. Closely following was 9 year old Jay Strausbaugh from Rogersville, with a time of 19:34.  Sara Hill (age 71) from Springfield, MO, also broke a MO State record for her age division with a time of 30:27.

Thank you to all of the volunteers & participants for coming out and supporting the Marshfield Optimist club and the foster kids of Webster County. We hope to see everyone this Saturday, March 24 at the March Mad Dash for Life 5K for another beautiful day of racing!

Join the Free ActNow Racing Community to share pictures and discussion of the event!!